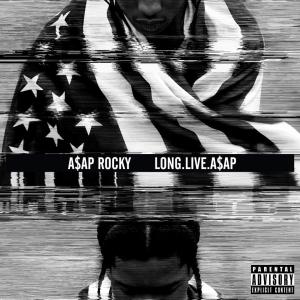 The debut studio album off American rapper A$AP Rocky finally arrived on the 15th of January after many push backs, proving frustrating for fans and the artist alike. To say whether it was worth the wait or not would be a tough one to comment on. The album shows glimpses of greatness with tracks like ‘Hell’ featuring Santigold and ‘Phoenix’ showcasing A$AP’s lyrical ability and talent, but it’s the yearning for mainstream attention with ‘F*cking Problems’ and ‘Wild For The Night’ that gives the album a sporadic feel to it with each song being of a singular nature, with there being no linkage between them. A$AP’s story is an inspiring one having turned his life around from selling drugs and violence to focus on a rapping career, although the album hardly touches on this instead focusing on the false pretensions of sex, drugs and alcohol. A missed opportunity as he has plenty of talent, being stuck between wanting to appeal to a mainstream audience and keeping it real. The album shows good potential for a debut, with the young artist perhaps just trying to find his way in the industry.